In a truly American style.

“Angel Band tells the Christmas story through 10 traditional songs and original compositions. We use Appalachian sounds and early hymn tunes to give it a distinctive American flavor.”

From composers Tim Sharp and Timothy Michael Powell, ANGEL BAND uses songs and carols from the Appalachian shape-note tradition. This collection stands as a full Christmas cantata in a truly American style. The orchestration adds more beautiful colors including bluegrass instruments. The extensive program notes include programming options for various services of worship as well as concert performance. It uniquely offers a rewarding experience from high school through adult in both sacred and secular venues. 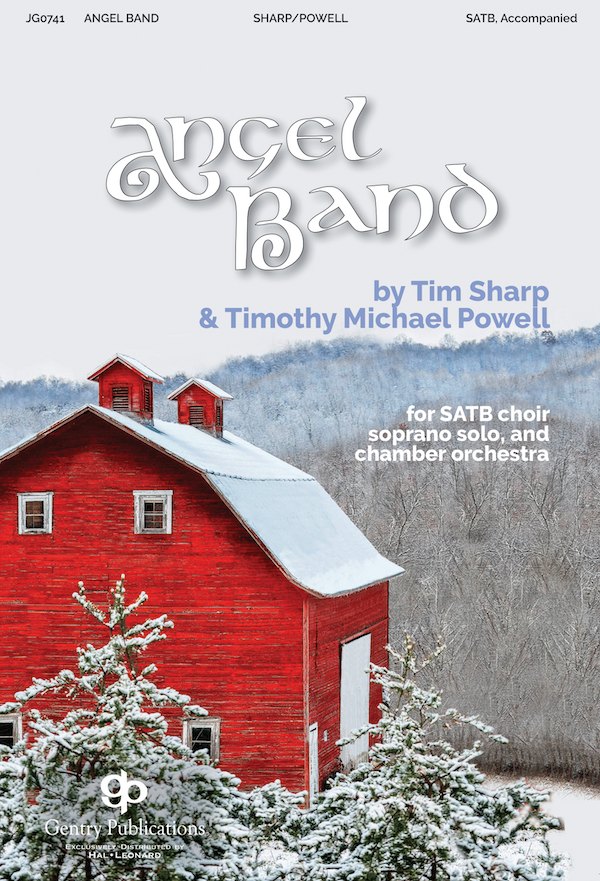 “Thanks to Timothy Michael Powell and Tim Sharp, Christmas can be a reality for choirs and instrumentalists this holiday season. While there are elements of bluegrass, they have woven more classical and folk sounds to make “Angel Band” a pleasure for every palate.” 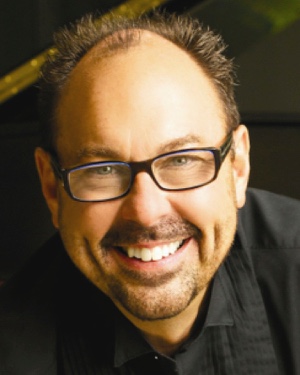 Tim Sharp is Executive Director of the American Choral Directors Association. An active choral conductor as well as writer, Dr. Sharp came to ACDA from Rhodes College, Memphis, TN, where he conducted the Rhodes Singers and MasterSingers Chorale. Before his appointment at Rhodes, he was Director of Choral Activities at Belmont University in Nashville, TN.

Dr. Sharp’s research and writing focuses pedagogically in conducting and score analysis as evidenced by his publications Precision Conducting, Achieving Choral Blend and Balance, and Up Front! Becoming the Complete Choral Conductor. Dr. Sharp has served ACDA in many capacities, including conducting state honor choirs, as a Choral Journal Editorial Board member, and as a member of ACDA’s Research and Publications Committee.

Sharp holds the Doctor of Musical Arts degree in conducting from the School of Church Music of The Southern Baptist Theological Seminary, Louisville, Kentucky. He is a Clare Hall Life Fellow at Cambridge University, Cambridge, UK, has studied at the Aspen School of Music, and the Harvard NEH Medieval Sacred Music Studies program.

A composer, conductor, and music educator (not necessarily in that order!). Called “a skilled composer who understands the voice in all stages of development” by New York Concert reviews, Timothy’s compositions eclectically span stylistic genres, and include majors works such as Wedding Mass, premiered at Carnegie Hall, Incarnatio Mysteria premiered at Lincoln Center in 2011, and St. George and the Dragon, a collaboration with renowned poet and lyricist Charles Anthony Silvestri, premiered in April 2014 at Lincoln Center to rave reviews. His bluegrass triptych Dear Appalachia: Songs For My Mountain Home received rotating world premiere performances in Ireland and throughout the U.S., culminating in a Carnegie Hall premiere in 2017.

Timothy was one of only 25 educators in the United States to be named a Semi-finalist for the 2016 Grammy Music Educator Award, and won the American Prize in Choral Performance in 2012. He was the 1999 National Choristers Guild Scholar, and a 2002 Fulbright Scholar to Bulgaria.

Currently the Director of Choral Activities at Oglethorpe University in Atlanta, GA, Timothy has successfully led choral programs in middle school, high school and colleges, performing multiple times by peer-reviewed invitation at NAfME and ACDA conferences. He holds a DMA in Conducting from the University of South Carolina and his Bachelors and Masters degrees from Belmont University where he studied with Tim Sharp. He enjoys membership in ASCAP and Pi Kappa Lambda and serves in leadership roles in NAfME, and ACDA. He and his wife Jennifer have two musical children. 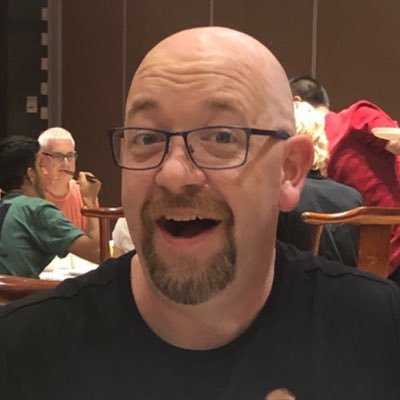 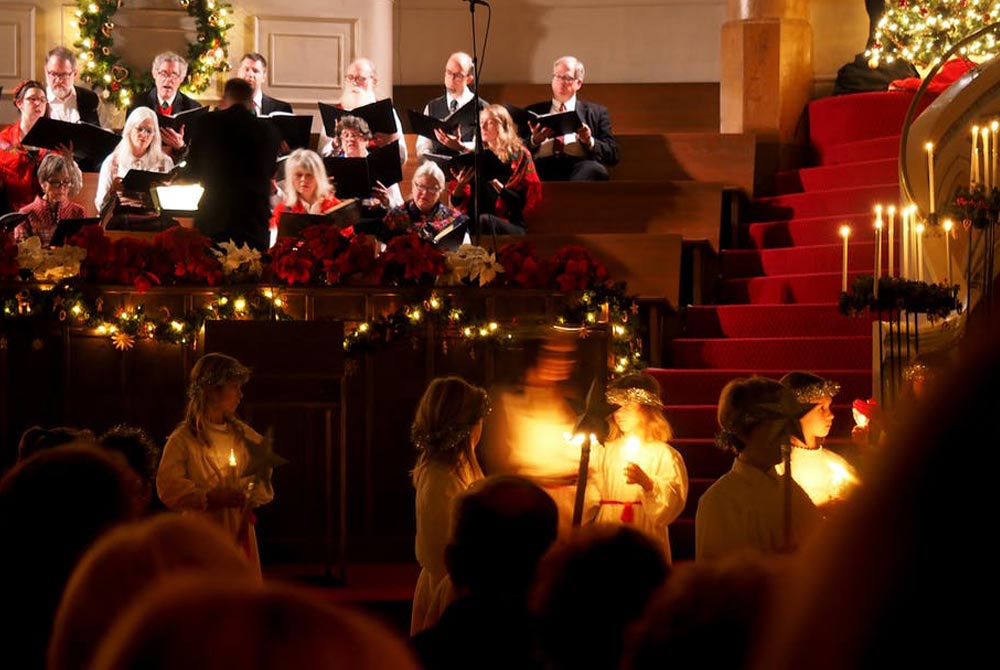 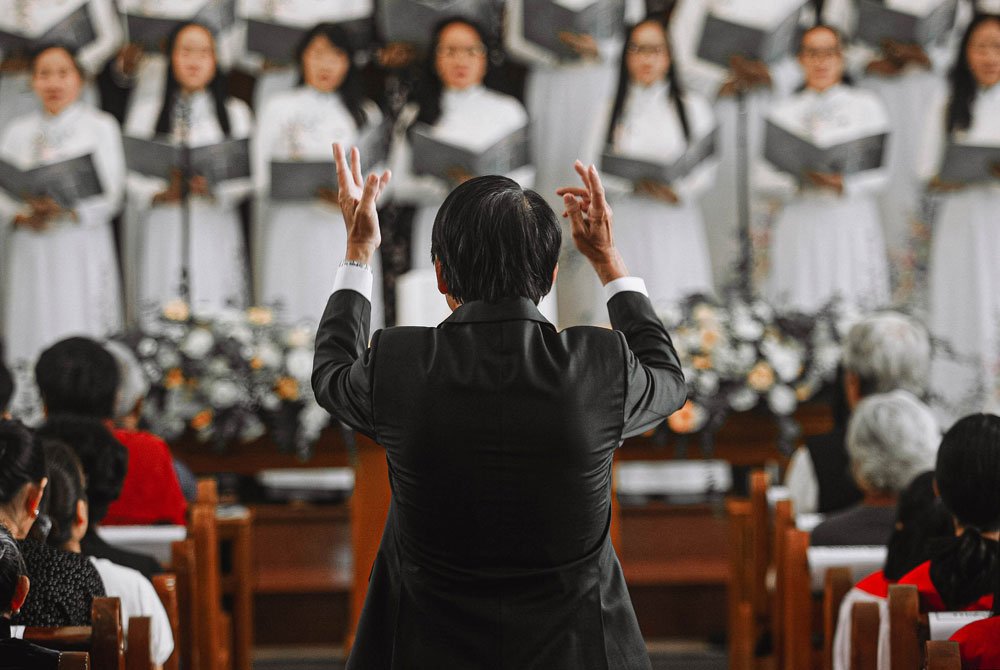 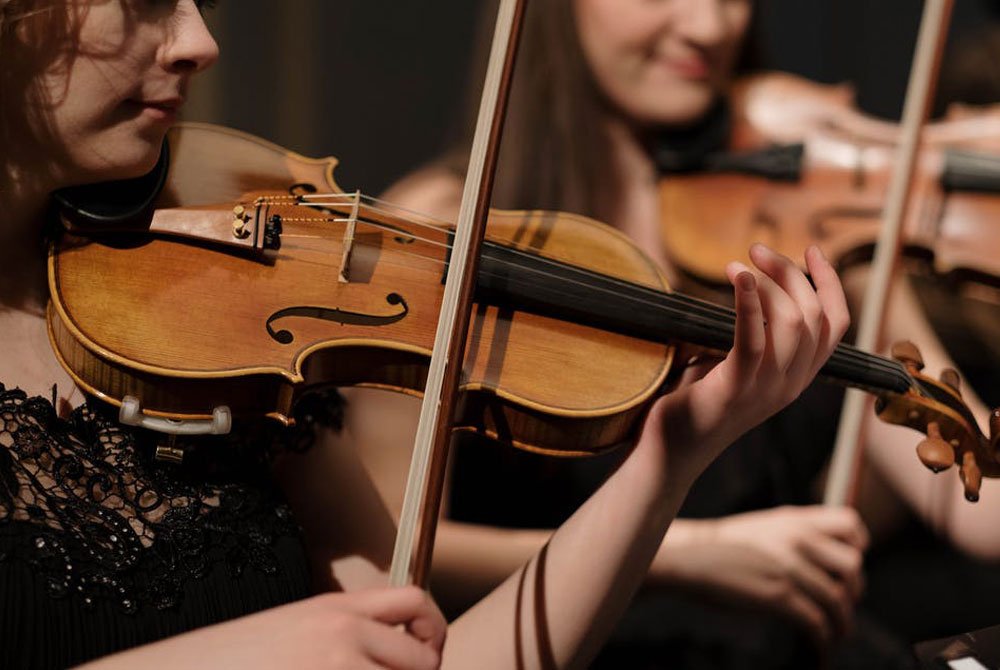 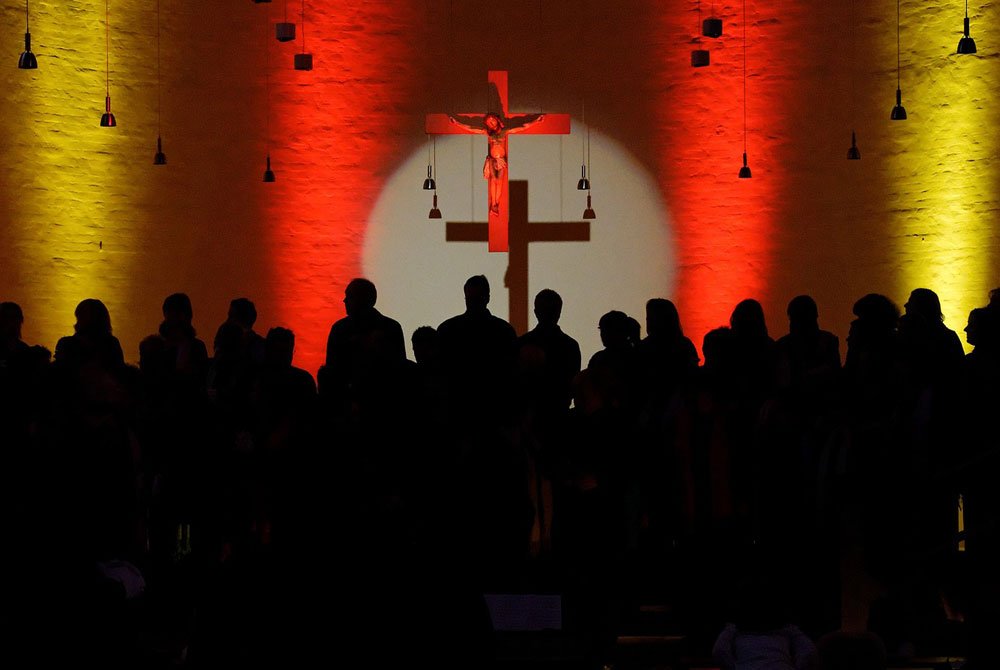 Angel Band is suitable for both live and virtual SATB Choirs & Orchestras.

The rhythms are exciting, timbres are intoxicating, and melodies are thrilling to sing, creating a work that is equally touching and invigorating. My singers loved learning this work!” 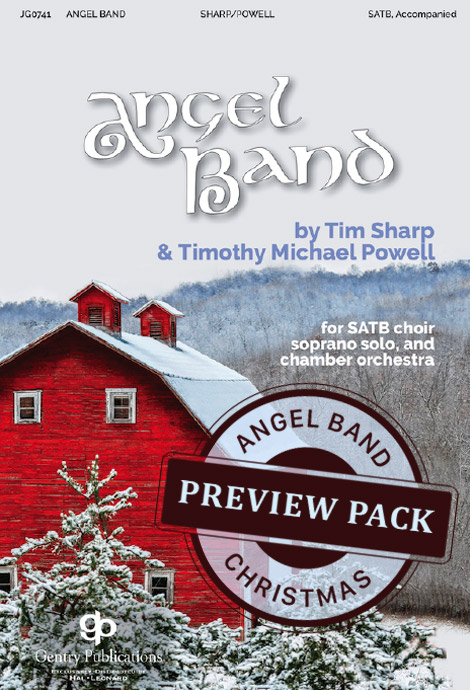 Get Your Preview Pack

Too Early To Commit?

Get the Preview Pack

The extensive program notes include programming options for various services of worship as well as concert performance. It uniquely offers a rewarding experience from high school through adult in both sacred and secular venues.

Get the Full Score 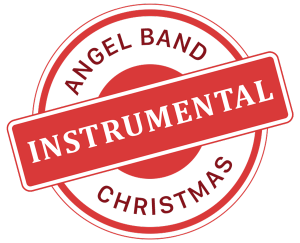 If you are looking for a completely new and creative choral work that celebrates the American Tradition of choir as well as the joby of a full orchestra you are in luck! Angel Band Christmas includes instrumental music for Violin, Viola, Cello, Contrabass, Harp, Flute, Percussion, and Mandolin. These instrumental parts are available through the rental department at Fred Bock Publishing Group.